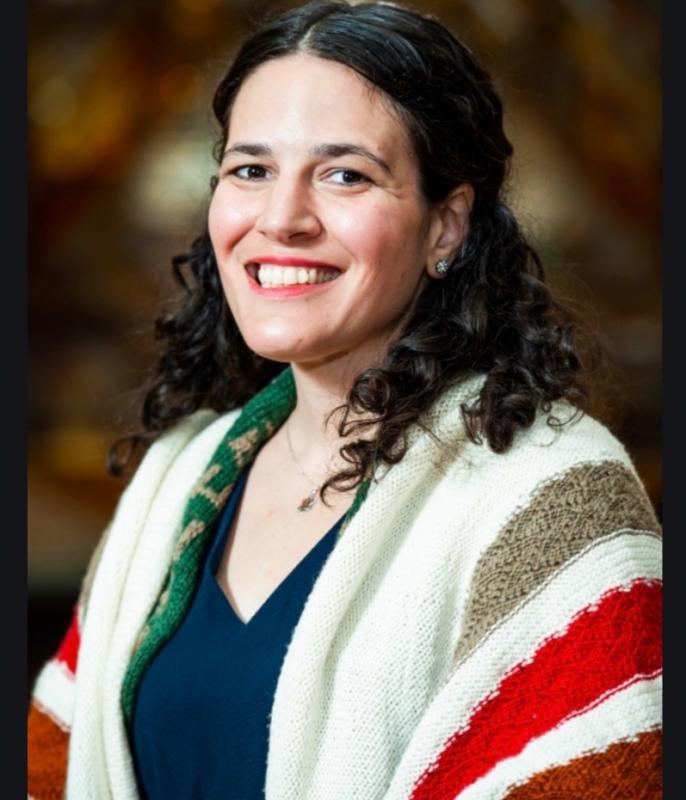 Rabbi Emily Cohen is the spiritual leader of West End Synagogue. She seeks to create inclusive and expansive opportunities for people to meet themselves, community, and the sacred.

Born in Richmond, Virgina, Rabbi Emily experienced a California-accented Southern-Jewish upbringing. She is part of the growing population of American Jews raised by one Jewish parent and one non-Jewish parent. Her interfaith roots lead her to look always to the edges of Jewish community and to center the voices that are least heard.

Prior to becoming rabbi of West End Synagogue in 2020, Rabbi Emily served for two years as Lab/Shul’s Jewish Emergent Network Rabbinic Resident. At Lab/Shul she developed study salons about the ancient and modern treatment of marginalized groups within the Jewish community, trained as a Storahtelling Maven, and took part in social justice initiatives around NYC. In 2021, Rabbi Emily was honored as one of the New York Jewish Week's "36 Under 36."

An artist from an early age, Rabbi Emily’s “side projects” have included Passover parodies (“The Hamilton Haggadah”), a podcast (“Jew Too? Tales of the Mixed Multitude”) and a great deal of Jewish music. She writes regularly for Alma and sings with a secular chamber choir in SoHo.

Rabbi Emily’s professional experience ranges from baking challah with preschoolers to herding teenagers on wilderness treks to developing curricula for adult education classes on Judaism and social justice. During her studies at the Reconstructionist Rabbinical College, she worked with the Woodstock Jewish Congregation, Bryn Mawr College and Temple University Hillels, HIAS Pennsylvania, and multiple Hebrew schools. She also completed a unit of Clinical Pastoral Education at Stanford University Hospital. Prior to pursuing the rabbinate, Rabbi Emily worked with an NGO in rural Yunnan, China, and with AmeriCorps in Minneapolis.

At Macalester College, where she completed her B.A. in history, alongside robust studies in music and Mandarin, Rabbi Emily was a founding member of the Multifaith Council. Her engagement in religious life in college informs her approach to the rabbinate: connecting each individual to something or someone that deepens their experience of existence.