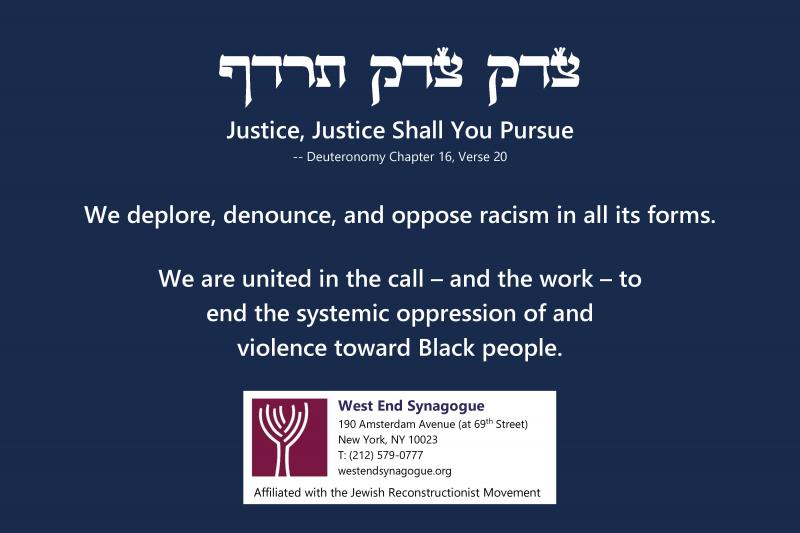 Please CLICK HERE for the readings/media
for the most current session.

“Just Mercy,” directed by Destin Daniel Cretton and based on the book by Bryan Stevenson

New York Times’ 1619 Project: “Our democracy’s founding ideals were false when they were written. Black Americans have fought to make them true,” by Nikole Hannah-Jones

Sharing relevant articles that address how COVID-19 is being felt and experienced through the lens of race, structural inequalities or access.

The New York Times’ 1619 Project, “In order to understand the brutality of American capitalism, you have to start on the plantation” by Matthew Desmond

The New York Times’ 1619 Project, “Why doesn’t the United States have universal health care? The answer has everything to do with race,” by Jeneen Interlandi

“13th,” a documentary by Ava DuVernay

The New York Times’ 1619 Project, “Slavery gave America a fear of black people and a taste for violent punishment. Both still define our criminal-justice system,” by Bryan Stevenson

The Atlantic, “The Case for Reparations,” by Ta-Nehisi Coates, parts I, II, V, VI

“NPR Fresh Air, “A ‘Forgotten History’ of How the U.S. Government Segregated America”

The Atlantic, “The Data Are Damning: How Race Influences School Funding,” by Gillian B. White

The Atlantic, “Why Are American Schools Still Segregated?” by Eleanor Barkhorn

WNYC’s The Takeaway, “School Segregation is Getting Worse 65 Years After Brown v. Board of Education”

The New York Times Magazine, “Choosing a School for My Daughter in a Segregated City,” by Nikole Hannah-Jones

KQED Radio, “Carol Anderson on Voter Suppression, Past and Present Our Democracy,”

“One Person, No Vote: How Voter Suppression Is Destroying Our Democracy,” by Carol Anderson (Bloomsbury, 2018)

“All In: The Fight for Democracy,” directed by Liz Garbus and Lisa Cortes, starring Stacy Abrams and others

“How to Be an Antiracist,” by Ibram X. Kendi (Penguin Random House: August 2019)

YouTube video from Aspen Ideas Festival, “How to Be an Antiracist,” an interview of Ibram X. Kendi

Brené Brown’s Unlocking Us, podcast “Brené with Ibram X. Kendi on How to Be an Antiracist”

The Atlantic, “The Case for Reparations,” by Ta Nehisi-Coates

NPR’s Fresh Air, “A Call for Reparations: How America Might Narrow The Racial Wealth Gap,” interview of Nikole Hannah-Jones

Freakonomics, podcast episode 427, “The Pros and Cons of Reparations”

The New York Times Magazine, “What Is Owed,” by Nikole Hannah-Jones

ELI Talks, video “Who Counts? Race and the Jewish Future” with Elana Kaufman

“Caste: The Origins of Our Discontents” by Isabel Wilkerson (Penguin Random House, 2020)

Talks at Google, “So You Want to Talk About Race,” by Ijeoma Oluo

Tedx Talk, “How I Learned to Stop Worrying and Love Discussing Race” by Jay Smooth

Medium, “In the Footsteps of the Black Jews of Harlem,” a series by Isaac Fried, originally published in WAX Digital Magazine

“We are the Ethiopian Hebrews, Brothers to the Fair White Jew: Race, Religion, and Jewish Identity in Harlem,” (YouTube) Lecture by Judith Weisenfeld, part of the “Jews, Race, and Religion” lecture series offered by the University of Pennsylvania’s Herbert D. Katz Center for Advanced Judaic Studies and the Center for Jewish Ethics in 2021

PBS, “Reconstruction: America After the Civil War,” a four-part series presented by Henry Louis Gates Jr.
This is available on PBS “Passport” if you are a member of your local station ($60 per year); the full documentary is also available as a rental on Amazon for $4.99.

The Equal Justice Initiative, “Reconstruction in America: Racial Violence After the Civil War, 1865-1876

CNN, “America’s Long History of Black Voter Suppression,” a timeline of new and old efforts to limit the political power of Black Americans and other voters of color, with analysis by Brandon Tensley

“One Person, No Vote, How Voter Suppression Is Destroying Our Democracy,” by Carol Anderson (Bloomsbury, 2018), Chapter 1

“The Warmth of Other Suns” by Isabel Wilkerson (Random House, 2010)

“Beyond the Count: Perspectives and Lived Experiences of Jews of Color,” commissioned by the Jews of Color Initiative

“Beyond the Count: Perspectives and Lived Experiences of Jews of Color,” commissioned by the Jews of Color Initiative