How I knew I belonged .... the words of West End Members 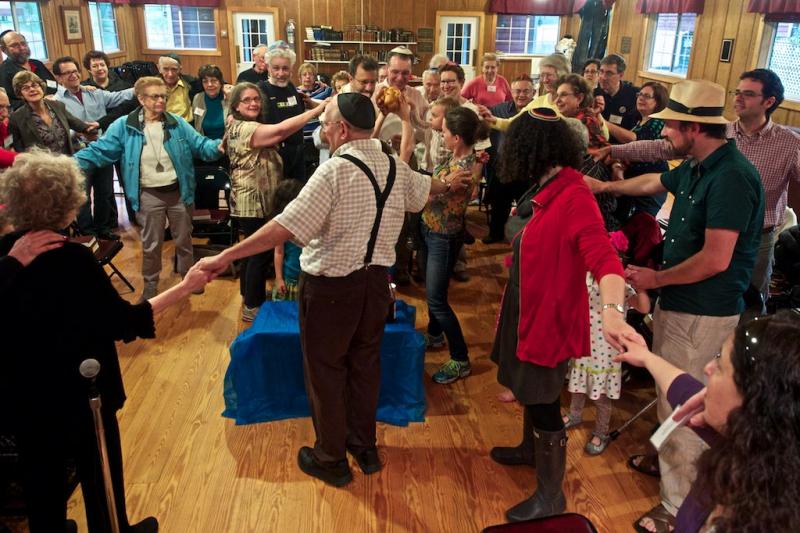 I was pretty sure from the beginning that I belonged at West End Synagogue given the obvious warmth and intelligence of the community. But when I was asked to read a poem by Mary Oliver during services...any doubts I might have had were immediately dispelled.
-- Barbara Gish

I knew I belonged at West End Synagogue when I found Reconstructionist versions of several Shabbat zemirot spontaneously playing in my head in the middle of the week!
-- Richard Blum

I knew that we belonged at WES when my mother, husband and I attended a Tu B'Shvat seder around 1990. We had wonderful food and discussions. In addition, my husband sat next to a synagogue member who was born in the same European city as he. We all felt this was just amazing!
-- Helene Bass-Wichelhaus

I knew I belonged at West End Synagogue when the rabbi stopped his sermon to welcome me with delight when I walked into Shabbat services at noon, two days after serious surgery.
-- Harriet Bograd

I knew I belonged at WES when I returned from the Retreat feeling richly connected to so many wonderful people. The retreat is an opportunity to deepen existing relationships and create new ones. West End Synagogue is about being part of a supportive community connected by friendships, Jewish living, life long learning and service to others.
-- Art Spar

I knew I belonged at WES when I attended my first “Shirat HaLev” (“Songs of the Heart”) service. Congregants and guests of all ages sat in the round in a dimly-lit sanctuary. We sang traditional songs to the voice and guitar accompaniment of our endearing Cantor, Ayelet Porzecanski. We welcomed the Sabbath Queen with songs and love!
-- Gladys Nussenbaum

I realized that we were a community like no other shul I had ever belonged to. When members had a medical problem, other members were there for them; if a member was sitting shiva and needed a minyan, there were always enough folks present. Look at our current and past rabbis and chazzans--the absolute best! We must be doing something right.
-- Herb Rude

I knew I belonged at WES when when I returned to the congregation after over a decade on the West Coast and realized that the building, always holy to me because it was my local library, was now even holier, beautifully redone, full of friendly faces, and encouraged singing!
-- Nancie S. Martin